VOK 613: The Fellowship Of The Ring Fan Watch 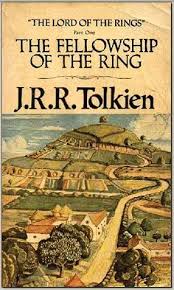 Following on from our LOTR AltHistory discussion, the ReRead crew get together to watch the Extended Edition of Fellowship of the Ring. They ramble chat and occasionally offer insights on why Boromir is the most under-rated character in LOTR.

Spoilers for all things Tolkien duh.

Posted in DVD Commentary, Movies, Podcast, The Lord of the Rings

Many of us are comfort-reading LOTR right now, so Bina007 decided to gather up the Vassals who hosted the LOTR re-read back in 2013 to discuss what would have happened if Faramir had attended the Council of Elrond rather than Boromir; if Sauron had never found the Ring; if Theoden hadn’t helped Gondor; what if Sauron won; and what if Saruman never went bad.

Thanks to Matt’s Air Con and Paul playing LOTR online this isn’t the cleanest of audio files but we thought The Listener would still like to hear OG Vassals Shellfish, Nadia and EastTexasDirewolf back on the airwaves.  Quotidian hosts include Matt/Varley, Bina, Brett/Whiteraven, Adam/Drownedsnow and Paul/SerDinnerRoll.

Spoilers for all things Tolkien duh.

Posted in Books & Novellas, History, Podcast, The Lord of the Rings 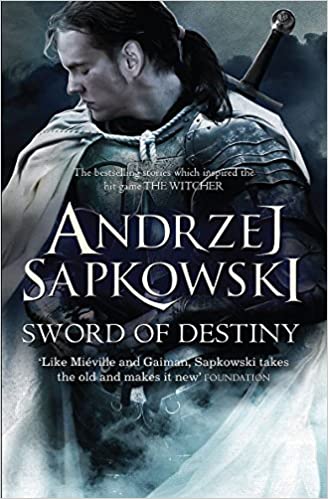 The Vassals discuss the second half of Andrzej Sapkowski’s Sword of Destiny including the short stories “A Little Sacrifice,” “Sword of Destiny,” and “Something More.” Your hosts are: David/davidhhh, Michal/Inkasrain, Marie/Nymeria, Bing/Shoeshiner, Bina/Bina007, Kevin/NuncleKevin, Paul/SerDinnerRoll

The Vassals discuss the first half of the second book of The Witcher series – Sword of Destiny – in an episode that spoils the book but not the Netflix show.

VoK 605: The Witcher Saga – The Last Wish (by Andrzej Sapkowski) 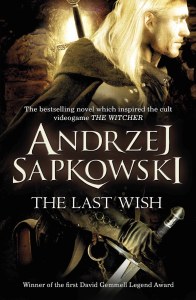 The Vassals discuss the first book of The Witcher series – The Last Wish – in an episode that spoils the book but not the Netflix show. 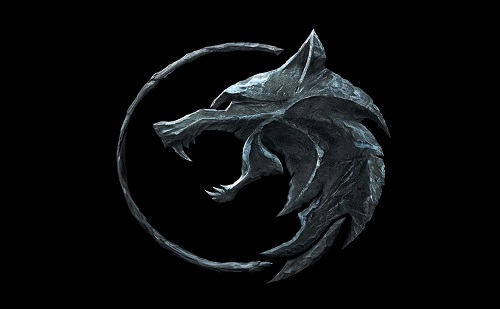 Toss a coin to your Vokers as we dig into the first season of Netflix’s original series, The Witcher. Enjoy this poorly hosted and arranged podcast, featuring long rambling explanations of the episodes and a variety of people talking over each other. But of course, come for the greatest lesson VoK can teach you, READ THE BOOKS! 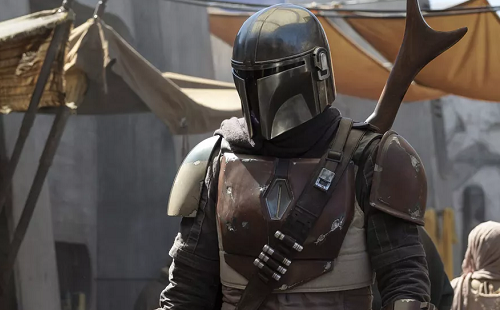 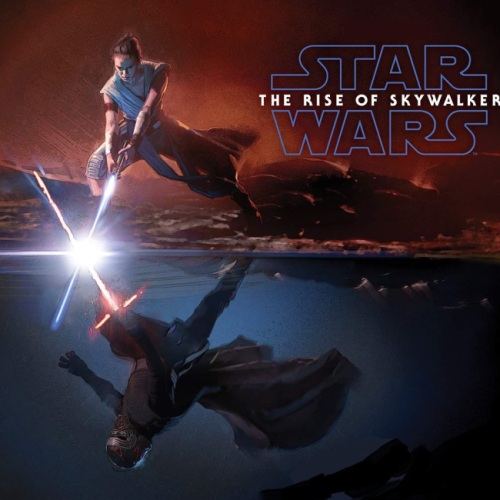 VoK makes the jump to lightspeed and ends up long, long ago in a galaxy far far away to bring you our feelings on the “end” of the Skywalker Saga. How does Episode IX measure up as a Star Wars movie?

Spoilers: The entire Star Wars movie universe and some of the EU/Legends material. 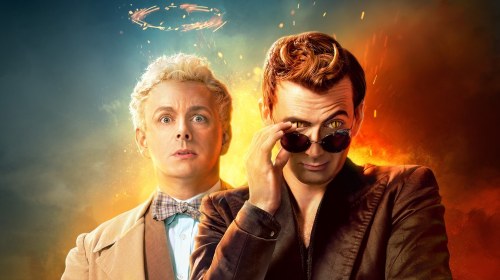 The Vassals discuss the new Amazon TV show and the cult fantasy book by Terry Pratchett and Neil Gaiman on which it was based. 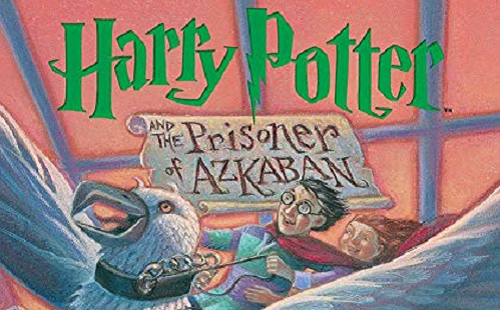 The Vassals of Kingsgrave return to Hogwarts to conclude their re-read of the Prisoner of Azkaban. Join Marie (Nymeria), Small Paul (SerDinnerRoll), Abby (DaceyMormont), Adam (drownedsnow), Michal (inkasrain), Paul (Pod’s Plight), and Zach (Alias) as they enjoy the usual laughs and jokes, but also engage in some serious discussion on some of the many complex characters this series has to offer.

This podcast contains spoilers for the entire Harry Potter series including the Fantastic Beasts films. 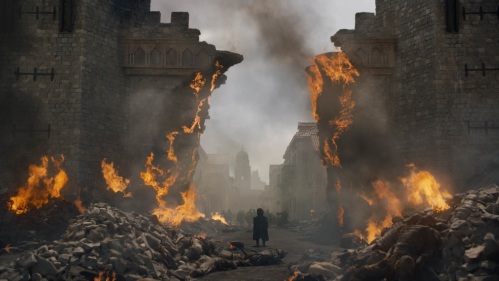 The Dragoncast vassals discuss the latest episode of Game of Thrones, “The Bells.”

Spoilers: This episode covers all published works in George R R Martin’s A Song of Ice and Fire and all aired episodes of Game of Thrones 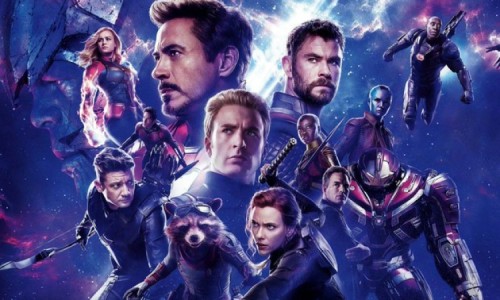 11 years of Marvel Cinematic history come to an end with Avengers: Endgame and VoK goes along for the ride. We discuss Endgame, our expectations going in, where we think the MCU is going, and how much these characters have meant to us. Also, is Hulk a hottie?

Spoilers for Avengers: Endgame and potentially anything the Marvel Cinematic Universe.

The Vassals of Kingsgrave return to Hogwarts to continue their never-ending read through of Prisoner of Azkaban. Join Casey (blue-eyed-queen), Marie (Nymeria), Matt (Varley), Michal (inkasrain), Big Paul (Pod’s Plight), Small Paul (SerDinnerRoll), Zander (The Lord Baron), and Zach (Alias) as they talk about magic cats, patronuses, and lots and lots of Quidditch. Stick around for the aftershow at 1 hour and 53 minutes for some Christopher Columbus bashing and Chicago vs. New York.

This podcast contains spoilers for the entire Harry Potter series including the Fantastic Beasts films. 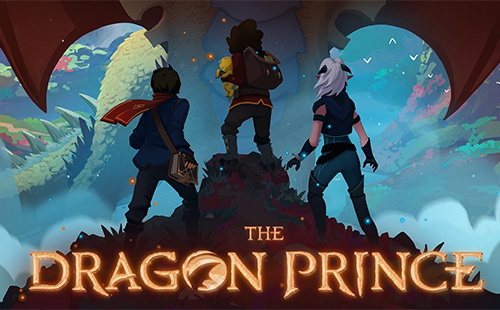 Come for the review, stay for the meditations on Radical Utilitarianism, Rawls Veil of Ignorance, and the persuasions of Satan in Milton’s Paradise Lost. #kidsshow 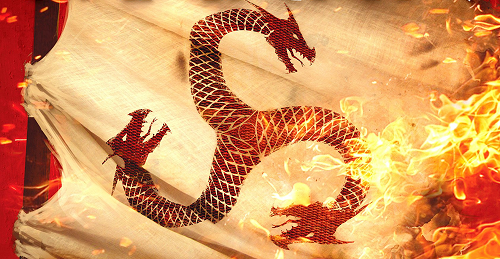 Join the vassals Paul (SerDinnerRoll), Sara (DrBlood), Nadia, Michal (inkasrain), Matt (blu3arm0r), Kevin (creepy nuncle kevin), David (davidhhh), and Varley as they delve into the monstrous amount of info gleaned from George RR Martin’s newest book, Fire and Blood. Put on your tinfoil hats and prep for some crazy theories and dry historical discussion as they move on through.

Posted in A Song of Ice and Fire, Books & Novellas, History, Podcast 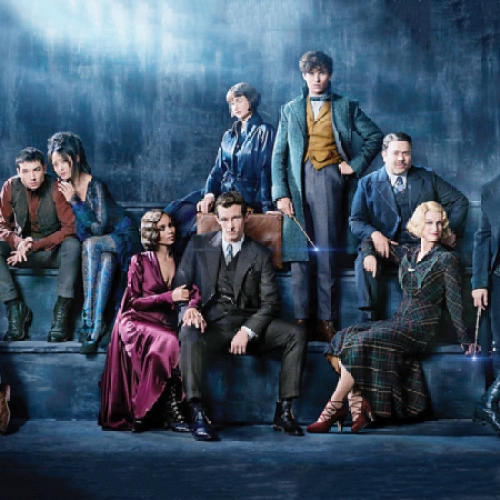 It’s time to choose a side, or something. Join Michal (inkasrain), Patrick (Patrick the tall), Adam (drownedsnow), Paul (SerDinnerRoll), and Abby (dacey mormont) as they break down the latest, somewhat baffling installment in JK Rowling’s Fantastic Beasts series, The Crimes of Grindelwald. The crew discusses bombs over Diagon Alley, all that Johnny Depp stuff, whether Nagini is going to be okay, getting creeped out by Nick Flamel, Latin, and of course, those unlikely lineages. Be sure to find us on Accio, Wand’r, Keeper, or the Wizarding dating app of your choice. 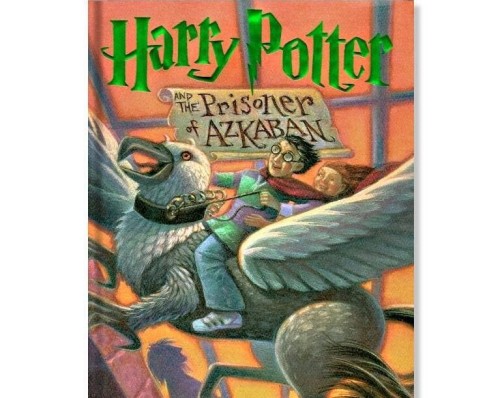 The Vassals of Kingsgrave return to Hogwarts for third year. Join Nadia, inkasrain(Michal), blue-eyed-queen(Casey), Alias(Zack), Pod’s Plight(Paul), SerDinnerRoll(Paul) and drownedsnow(Adam) as they study the importance of dental hygiene in the wizarding world, realize Aunt Marge is really the victim and declare their love for Lupin during their discussion of the first seven chapters of Harry Potter and the Prisoner of Azkaban.

This podcast contains spoilers for the entire Harry Potter series. 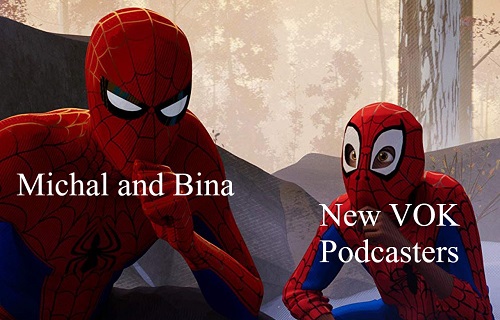 Join Vassals Bina (Bina007), Michal (inkasrain), Paul (SerDinnerRoll), and Zach (Alias) as they geek out to the max about all the things they get right in the recent Sony Pictures animated feature, Spider-Man: Into the Spider-Verse.

Warning: this podcast will contain spoilers for Spider Man: Into the Spider-Verse. This movie also contains imagery that may potentially trigger a seizure for anyone with photosensitive epilepsy.

Credits and Notes:
Edited by Zach
Vince Staples – Home
Lil Wayne & Ty Dolla $ign – Scared of the Dark (feat. XXXTENTACION)
The Great Responsibility: Why Marvel has failed fans with ‘Spider-Man’ (opinion) by Marama Whyte
‘Into the Spider-Verse’s Peter B. Parker is the redeemed Spidey millennials need by Michal Schick

Time for another job that only VoK can deliver. Shoddily and with rambling nerds. Join Zach (Alias), Zander (The Lord Baron), Matt (blu3arm0r), Jock (munrojock2) and Paul (SerDinnerRoll) as they look into this little gem of a movie and discuss not only its excellence as a film but also why it has been doing poorly in the box office.

This podcast will contain spoilers for Solo: A Star Wars Story. 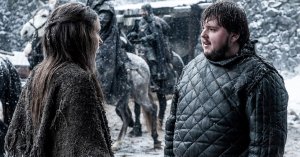 Join Bina007, Noah/Pops88, Paul/SerDinnerRoll, Zander/TheLordBaron, and Steven/SJLee as they cover Bran 1 from ADWD, Sam 1 from AFFC and Jon 2 from ADWD. These events take place on the 18th and then the 20th of February 300 AL. It’s also the first time we get what will often be the same events from two angles in the Jon and Sam chapters.

The podcast contains spoilers for all published works in ASOIAF but not for Game of Thrones.

For those following along at home the next episode of the re-read is will be hosted by Adam/DrownedSnow and will cover Reek 1 and Jon 3 from A Dance With Dragons and Davos 1 from A Feast For Crows.