The Great Linear Re-Read returns with Part 38! Join the vassals as they review Tyrion II, Daenerys IV, Catelyn II, and the Prologue from ‘A Storm of Swords’.

-The perils of editing podcasts.

-A Song of Ice and Fire Trivia!

Posted in A Song of Ice and Fire, ASOIAF ReRead, Board Games & Trivia, Books & Novellas, Podcast 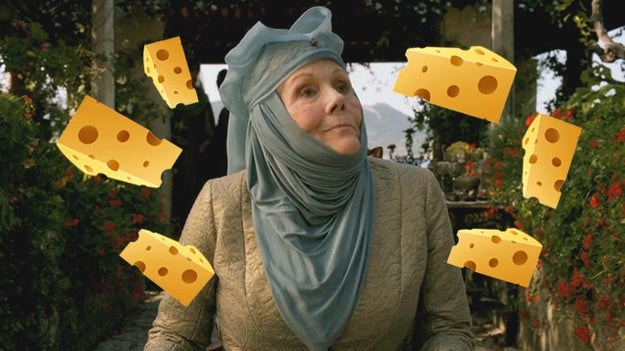 The Vassals of Kingsgrave cordially invite you to join us in the Maidenvault for an entirely sincere and not at all conspiratorial soirée. Partake in cheeses and secrets as we perform Sansa I of A Storm of Swords in this very belated Full Castle Recording.

The following FCR was recorded in August 2014. Headphones are recommended.

The Crew:
Edited by Seif and Katie

“Market” from Ocarina of Time Cover by Shinainaru

“The Bear and the Maiden Fair” Cover by Irish Moutarde

A tourney has been called and you have been invited to listen to several of our brave vassals try their hand at an FCR of George RR Martin’s The Hedge Knight. Afterward, feel free to mill about the tourney grounds to hear some good talk about the Dunk and Egg series, mocking George Lucas, and outtakes.

Beware of spoilers for Perdido Street Station but not for the other books in the Bas-lag series.

VoK 339: Tales from the Darkling Plain (aka The Lost VOKs)

In this Halloween spooktacular, Valkyrist ventures into the Darkling Plain in search of lost podcast recordings, and summons the ghosts of Kingsgrave’s past.

Clips have been selected from the following unpublished VOK podcasts:

Disclaimer: This podcast contains spoilers for A Song of Ice and Fire, Game of Thrones, Star Wars, and The Hunger Games. Please consult the timestamps above to avoid being spoiled for any of these titles.

The juggernaut that is the ASOIAF re-read rolls on into episode 28, where we see the consequences of Dany laying waste to the House of the Undying and the build-up to the Battle of the Blackwater Bay.  We’ve also had the Battle of the Red Fork happen off screen.

This brings us to the end of August 299 – a month in which we saw the fall of Winterfell, the fall of Storms End, the fall of Harrenhall, the Battle of the Red Fork, The House of the Undying, Jon’s 16th birthday and Robb shagging Jeyne Westerling offstage!

The podcast is dark and full of spoilers for all published works in ASOIAF.

The aftershow begins at 1 hr 32 minutes.

The artwork is from the A Podcast Of Ice and Fire drawing project on Deviantart, and is Tyrion 12 drawn by Jesicka309. The music extracts are by Alpine Universe and Urge Overkill and are available to purchase on iTunes.

Listen in as Vassals try their hand at some trivia to see who will be come the Lord of the Rings!

This will (hopefully) become a regular thing, so let it be known if you’d like to join future Tolkien (or any other ) trivia VOKs!

Posted in Board Games & Trivia, Books & Novellas, Fandom, Podcast, The Lord of the Rings

The epic linear re-read of A Song Of Ice and Fire gets to the half-way point of A Clash of Kings, as the vassals cover Cat 3, Cat 4, Sansa 3, and Jon 3 – or the death of Renly, Joffrey terrorising Sansa and Craster’s Keep. These events correspond to June 11th to 20th 299.

The aftershow begins at 1 hr 45mins. No caribou were harmed in the taping of this episode.

Spoilers: This episode covers all published works in George R R Martin’s A Song of Ice and Fire but does not give Game of Thrones show spoilers.

Music credit: Alpine Universe and The Presidents Of The USA. Picture credit:  The A Podcast Of Ice and Fire drawing project: Cat 3 by Dickon Manwoody.

The next episode will be hosted by Ser Patrick The Tall and will cover the following chapters from A Clash of Kings: Tyrion 8; Arya 8; Bran 5 and Tyrion 9.

The shadows come to dance… and the vassals set sail once more for the stormy waters of the Full Cast(le) Recording. Join them for a special performance of “Davos II” from George R. R. Martin’s A Clash of Kings.

And hang out by the portcullis afterwards for an in-depth discussion on Westerosi rap battles, Baratheon sibling rivalries, and raising shadow babies. Cost of entry – 1 onion.

Aftershow at 1hr 47m: Pops88 apologises to FTward for #mootcrashing the BSGcast.

This podcast was instigated after the sad death of David Bowie earlier this year.

Everybody wants to be the Stones. Everyone wants to be cool like Keith Richards. But Bowie spoke for the misfits, outcasts, underdogs, nerds and bored-as-fuck suburban kids. He spoke for the sexually confused, the hopeless dreamers, the beautifully unique. Bowie told us it was ok to be different and no you weren’t alone and no you didn’t have to conform and that you too could be a hero.

The Vassals of Kingsgrave present: Gays’ Night Out.

Join Wargasm (Drew), Khal Wadege (Michael), Lady Griffin (Katie), Shadow_ Baby (Hannah), Amberrocks (Amber) and Varley (Matt) as we take a gay roadtrip through Westeros. We explore all things LGBT in ASOIAF. Would Cersei go gay for Jaime? Who is the hedonism-bot in this world? Is there a glory hole at the wall? What exactly happens on Grindr? Find out all this and more in this very special VoK.

Posted in A Song of Ice and Fire, Fandom, Podcast

In this episode the Vassals cover chapters from Clash of Kings that correspond to the week of March 20th to 28th, 299 AC.  They are:

Bran 3- The Reeds arrive at Winterfell.
Jon 1 – News of comet at the wall.
Theon 1 – Theon arrives at Pyke.
Tyrion 4 – Sends offer to Doran.
Tyrion 5 – Cersei learns Myrcella is being sent to Dorne.

The aftershow begins at 2hr 13m.

Spoilers: This episode covers all published works in George R R Martin’s A Song of Ice and Fire but does not give Game of Thrones show spoilers.  There is a short discussion covering a The Winds of Winter preview chapter that begins at 2hr 15m.

The next episode will cover the following chapters from A Clash of Kings corresponding to the month of April 299: Arya 6, Jon 2, Dany 1, Cat 2 and Tyrion 6.

Posted in A Song of Ice and Fire, ASOIAF ReRead, Podcast

The Vassals return from hiatus to pick up their ramble-chat through George R R Martin’s epic fantasy series, A Song of Ice and Fire. Once again, we re-read the chapters in linear, rather than published, order, so as to add a little novelty to proceedings. The chapters covered in this episode are Sansa 2, Davos 1, Tyrion 3, Arya 5 and Bran 2 from A Clash of Kings. They correspond to events from the 3rd to the 17th March 299.

As ever this podcast is dark and full of spoilers for all published works in George R R Martin’s A Song of Ice and Fire series but does NOT contain spoilers from HBO’s Game of Thrones.

The aftershow begins at 1 hr 15 m. Picture credit: The A Podcast of Ice and Fire MS Paint project of A Clash of Kings. Sansa 2 by Jenn Rose. Music credits: Alpine Universe. The chapters for the next episode will be Bran 3, Jon 1, Theon 1 and Tyrion 4 and 5.

DragonCast returns to review the eighth episode of Game of Thrones Season 6, “No One”.

Warning: Contains spoilers for all aired episodes of HBO’s Game of Thrones (including Season 6 promotional material), as well as all published books in George R. R. Martin’s A Song of Ice and Fire series.

Credits:
Edited by drownedsnow
A Song of Ice and Fire by Alpine Universe
Kellen the Undying by Drumurboy

VOK 300: The Dance of the Vassals III

The vassals gather to revel in the glory that is VOK in our 300th episode.
Hosts Greg (claudiusthefool), Patrick (Patrick the Tall), Amber (Amberrocks), Shane (easttexasdirewolf), Zach (Alias), Adam (DrownedSnow), Nadia (Nadia) Brett (White Raven), Glen (Dagos Rivers) & Bina (Bina007) complain about how early they have to get up to podcast, discuss why it’s totally worth it and reminisce about the “good times”.

Contains spoilers for other episodes of Vassals of Kingsgrave.

VoK 297: The Forsaken (The Winds of Winter – Sample Chapter)

Spoilers: For all published works in A Song of Ice and Fire including The Winds of Winter but not HBO’s Game of Thrones divergent storylines.

Posted in A Song of Ice and Fire, Books & Novellas, Podcast

DragonCast returns to review the fourth episode of Game of Thrones Season 6, “The Book of the Stranger”.

Warning: Contains spoilers for all aired episodes of HBO’s Game of Thrones (including Season 6 promotional material), as well as all published books in George R. R. Martin’s A Song of Ice and Fire series.

Credits:
Edited by Alias
A Song of Ice and Fire by Alpine Universe
Kellen the Undying by Drumurboy

The vassals gather to discuss the film “The Revenant” as well as the life of Hugh Glass, who’s life and deeds inspired the book that inspired the film.

Contains spoilers for the novel “The Revenant” as well as the film.

Music: “Crawling Back” by Roy Orbison

The Vassals of Kingsgrave review of the latest Oscar-winning instalment in the Mad Max franchise arrives not late but precisely when it means to.

Spoilers for all movies in the series.

VoK 258: The Silmarillion ReRead (Part 9) – Of the Third Age and the Rings of Power

The Vassals of Kingsgrave conclude their Silmarillion re-read series with Part 9 in which we cover the final section of The Silmarillion, “Of the Rings of Power and the Third Age”.  Join Greg (claudiusthefool), Matt (Varley), Shane (Easttexasdirewolf) & lurker extraordinaire Amber (Amberrocks) as we cover thousands of years of history in 50 minutes.

We tackle the tough questions:
– Was Sauron truly redeemable?
– How much power did Sauron wield through the Rings of Power?
– What happens to all those beautiful ships that sail to Valinor on their one-way voyage?
– How long do you roll your “r”s when pronouncing Saurrrrrrron?

Episode Art: “Sauron Forging the One Ring” by Ted Nasmith

Audiobook clips are from “The Silmarillion: Unabridged” by J.R.R. Tolkien, read by Martin Shaw, copyright 1998 by Random House Audio.

[mp3] Download or play this episode directly
[archive] View this episode’s page on Archive.org
[iTunes] Subscribe to us on iTunes
[RSS] Podcast Feed

Posted in Books & Novellas, Podcast, The Lord of the Rings

Vassals of Kingsgrave
Blog at WordPress.com.