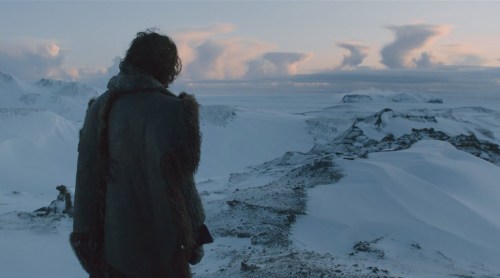 The Vassals gather around the fabled roundtable of Kingsgrave, this time to discuss theories both serious and crackpot. Join Michal (inkasrain), Nadia, Duncan (Valkyrist), Peter (Shellfish), and Dan (witless chum) for a fiery debate over what is really going on in George R. R. Martin’s A Song of Ice and Fire. This is hopefully the first of many episodes on House Manwoody’s “Theories of Ice and Fire”.

Because of the episode’s length, each segment has been time-stamped with a short musical cue:

2:25 – Stannis is the Third Head of the Dragon [concerning Stannis Baratheon’s destiny, and why he doesn’t even get to be the star of his own theory]
19:08 – Arya is Batman [concerning the character development of Arya Stark, and the true function of the Faceless Men]
47:38 – Brandon + Ashara [concerning the relationship between Brandon Stark and Ashara Dayne, and the child who never was]
1:16:32 – House Stark is descendent from the Others [concerning the arcane origins of the Kings of Winter, and their knowledge of ice magic]
1:54:54 – I(lyrio)+S(erra)=A(egon)B(lackfyre) [concerning the ancestry of Aegon-called-Targaryen, and the source of Ilyrio Mopatis’ “western ambitions”]

Warning: Contains spoilers for all published works in George R. R. Martin’s A Song of Ice and Fire.

This entry was posted in A Song of Ice and Fire, Books & Novellas, Podcast and tagged inkasrain, Nadia, Shellfish, Valkyrist, witless chum. Bookmark the permalink.